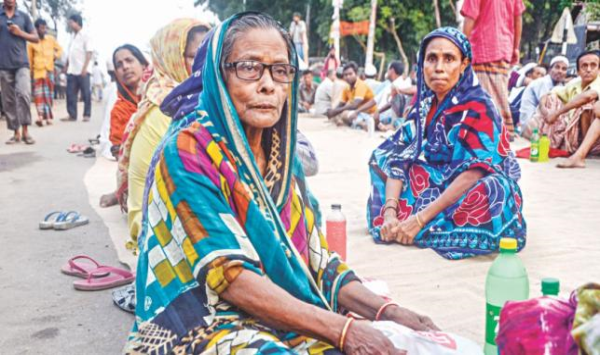 Thousands of agitating jute mill workers blocked roads and railways in Khulna and Jashore and roads in Chattogram yesterday, the first day of their indefinite strike at state-owned jute mills for better wages and arrears.

In Khulna and Jashore, workers of nine state-owned mills blocked Dhaka-Khulna highway, railway lines and other roads in the afternoon.

Yesterday was the ninth consecutive day of protests by workers of mills under the Bangladesh Jute Mills Corporation (BJMC).

In several places on Dhaka-Khulna highway, workers of Alim and Eastern jute mills kept the road blocked for hours.