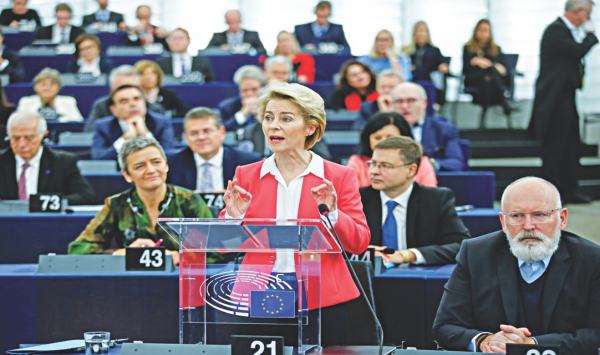 Brussels’ next top official Ursula von der Leyen set out an ambitious plan for a green and digital transformation of the EU economy Wednesday, as she urged MEPs to approve her top team. The 61-year-old conservative takes office with Europe challenged to find its new role in a dangerous world, and with Brussels’ power undermined by Franco-German rivalry and Britain’s imminent exit. But, addressing the European Parliament in Strasbourg, the former German defence minister endeavoured to strike an upbeat note, urging lawmakers to approve her 27-strong commission so that she can get to work on December 1. “I ask for your support to give Europe a new start,” she said, in a largely well-received speech attended by the massed ranks of the nominated commissioners and in which she shifted fluently between English, French and German.