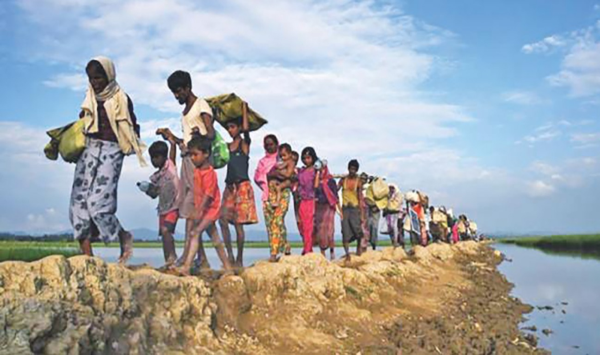 Left in the lurch

With the Rohingya repatriation nowhere in sight, their leaders say they feel ignored both by the international community and the Bangladesh government in the process of making decisions about their fate.

Community leaders in refugee camps and those living abroad are raising their voice about the matter recently, urging all the parties to ensure their representation in the negotiation process about repatriation.

The issue was also highlighted in a letter to Prime Minister Sheikh Hasina by the Ara-kan Rohingya Society for Peace and Human Rights (ARSPH), a Rohingya organisa-tion based in Kutupalong camp.

The letter was emailed to her office on June 18. The organisation also handed over a copy of the letter to Mohammad Abul Kalam, Bangladesh’s Refugee, Relief and Reha-bilitation Commissioner.

“Rohingya communities receive many confusing messages and information about their repatriation. Often, some international agencies say that we will not go back to Myanmar. This is totally wrong,” said Mohibullah, chairman of ARSPH.